This Saturday (12/2) at 10:00 AM, Gateway Film Center provides stimulating activities for families, including games, story readings, Dance Cam where kids and their families can watch themselves bust a move on the big screen and more. At 11:00 AM, enjoy live music by The Shazzbots! and kid-friendly short films. All presentations in the HOOT Family Film Series at the Gateway Film Center are “G” rated and admission to the series is free with a suggested donation of a canned good to benefit The Open Shelter.

This month is HOLIDAY HOOT! “Harmony Project Presents: The Concert For US” will be held at Nationwide Arena on Dec. 7 at 7:30pm. Special guest host Jane Pauley of CBS Sunday Morning will emcee. The music will be familiar, inspiring, thought-provoking, and entertaining–from recent hits to classic chart-toppers. Featuring a 30-piece band and orchestra, and 1,000 voices, the stars of the show are local volunteers–your friends, family members, neighbors and co-workers.We are raffling off two great seats for only $5! Donate your $5 HERE & write “Harmony” in the special instructions.We will draw a winner on Tuesday, November 28th! “Don’t Breathe” is Maahikeee’s debut project as a song writer. “Don’t Breathe” evolved from a song idea to a movement. It was the catalyst to want to share a story through music, and after a successful KickStarter campaign, it has now transformed into a benefit concert that will showcase Maahikeee’s talented friends, and collect donations for The Open Shelter. Make A Memorable Match In November! Our Anonymous Donor Is Pledging Another $5000 If YOU Can Match It In November! There Are Two Ways To Help The Homeless & Marginally Housed:Donate Here– http://www.TheOpenShelter.org/Donate*Please Type “Match” In The Special Instructions* or mail your donation to:The Open ShelterATTN: Match61 E. Mound St.Columbus OH 43215-5121KEEP THE OPEN SHELTER OPEN!!! 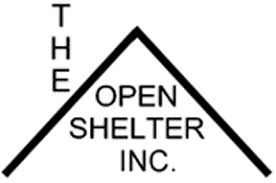