35 YEARS OF COMMITMENT….THANKS TO YOU!!!

In 1983, The Open Shelter began.  Over 40,000 homeless and marginally housed men, women and children have sought and received help.  This 35 Years Of Commitment helping the most vulnerable has only been possible because of YOU. 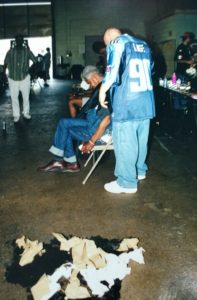 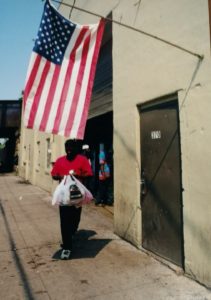 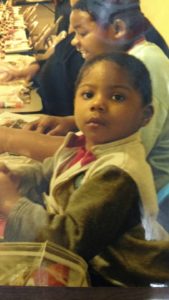 We originally opened as the first 24-hour Emergency Walk-In Shelter in Ohio.  Those who needed it had a place to eat, sleep, store their belongings, get cleaned up & get a change of clothes as well a place to stay out of the elements and harm’s way.

In addition to these crucial, basic needs; supportive services were also provided to get those off the
streets and into stability.  Current programs such as Material Assistance, Payeeships and Food Assistance started at our original location, 370 E. State St. near Franklinton.

We always have been a grassroots agency and some of our ways to raise funds during those days were let’s say….unique.  For 11 years, Kent & Mary Beittel would spend a weekend in a dumpster on The Ohio State University Campus for “Dumpster Dollars”.  This event helped raised funds and bring awareness to assisting the homeless and marginally housed in our community. We also were the benefiting agency from the “Run Across Ohio”.  Phil Freeland would run from Cleveland to Cincinnati for pledges to help The Open Shelter.  Talk about going above and beyond for the agency! The Open Shelter was on the cutting edge of introducing new programs such as “Works At The Open Shelter”, which specialized in employment placement for homeless persons.

We were the first facility to offer Voice Mail Service, at no charge, to homeless persons involved in employment seeking programs. 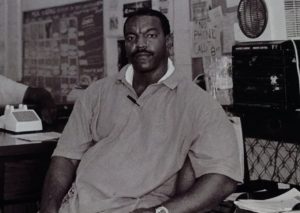 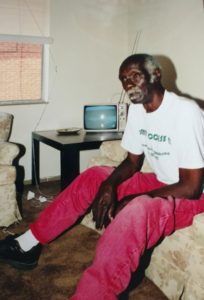 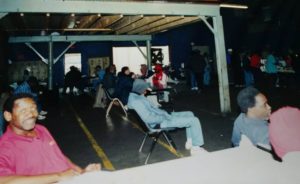 In 1997, as a result of community concern for homeless persons who were not accessing the shelter system and as a result of economic development implications “based” in Downtown/Franklinton along the river, The Open Shelter was authorized to initiate Outreach Services programming, which became a central focus for the agency.

In 2001, things took a difficult turn for our agency as we were not permitted to apply for Community Shelter Board Funds because we refused to close our facility and move near the Ohio State Fairgrounds.  In 2002 we were forced to cut day services due to this loss.
Eventually we were forced to sell our building in order to have operating funds.  In 2004, The City of Columbus refused to extend our lease and bulldozed our building. 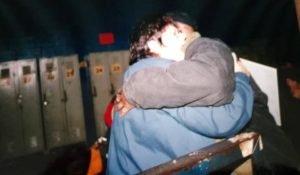 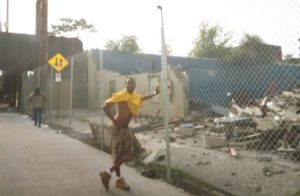 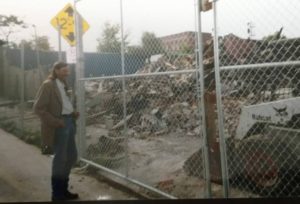 “The Open Shelter…In Exile” was offered “Sanctuary” by Trinity Episcopal Church.  This provided a base of operations for our advocacy efforts & outreach.  Our evening meals program re-established itself at Broad Street United Methodist Church.

In 2007 we relocated to St. John’s Evangelical Protestant Church UCC, where we reside today.  Each day, we are able to respond to the ever-increasing number of persons in Columbus who are forced each day to sleep “on the streets”, in abandoned buildings, in parks and under bushes. This is all because of YOUR support & generosity.

Because of YOU, we are able to do so many wonderful things for those we serve, like “Ho Ho Hope For The Holidays”.

This event brings Holiday Cheer & Hope to those who may not normally be able to share it.

We also hosted “A Memorable Day for Mom” this year which provided new clothes, a wonderful brunch and pampering for those attending!

For 35 years The Open Shelter has committed itself to providing the homeless and marginally housed in our community a place for the most vulnerable so that “some can move forward, while none are left behind”. 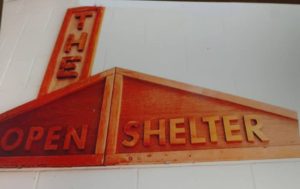